Application of fiber laser welding machine in the field of shipbuilding

In 2020, the market scale of fiber laser welding has reached 11.05 billion RMB. From 2016 to 2017, driven by the demand of new energy vehicles, lithium batteries, semiconductors and emerging markets, the market size of laser welding equipment has seen explosive growth, increasing by more than 120%, although in recent years it has been affected by the macroeconomic recession and the global epidemic. However, the overall market size is still showing an upward trend, and it broke through the 10 billion mark for the first time in 2019. With the need for the transformation and upgrading of high-end applications such as rail transit and shipbuilding, the demand for laser welding of medium and large plates and steel plates is increasing, and the penetration rate of laser welding equipment will accelerate. 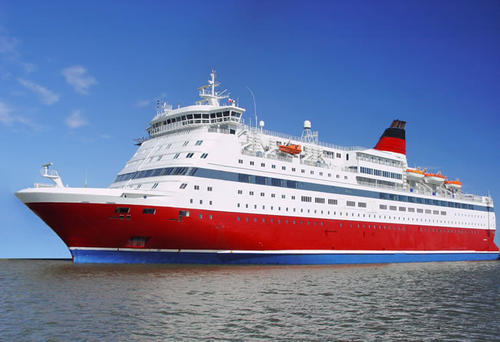 Except for the two major markets of automobile manufacturing and power batteries, the overall penetration rate of laser welding in other application fields is still relatively small. Taking the shipbuilding industry as an example, the overall volume of the shipbuilding industry is very large, but due to the particularity of its materials and industry, the current application rate of laser welding is not high.

According to statistics from DIG Automation Engineering Co., Ltd., a shipbuilding automation production line solution provider, the volume of shipbuilding welding depends on the ship type. The medium-thick plate is mainly the part below the deck, and the thin plate is mainly the superstructure. For example, luxury cruise ships with 4-12 mm thickness steel plate welding accounted for 80%, and medium-thickness plates accounted for 20%; while the proportion of bulk carriers was just the opposite. However, in the welding process of medium and thick plates, most ship construction still uses traditional welding techniques such as submerged arc welding and MIG/MAG welding, and the overall efficiency has not reached expectations.

Laser welding is different from laser marking and laser cutting. Its biggest feature is customization. Each customer's needs are different. This makes laser welding still in the initial stage of industrial application. However, as the manufacturing industry is further upgraded, the lightweight development of automobiles and ships, as well as high-end manufacturing fields such as aerospace and military industry have strong processing needs, the development of laser welding technology in high-end applications is inestimable. Laser welding is in the initial stage of industrial application. But efficiency is still the core demand of the shipyard. From the perspective of efficiency and quality, laser welding of steel plates with a thickness of 16 mm or less has a sufficient advantage.