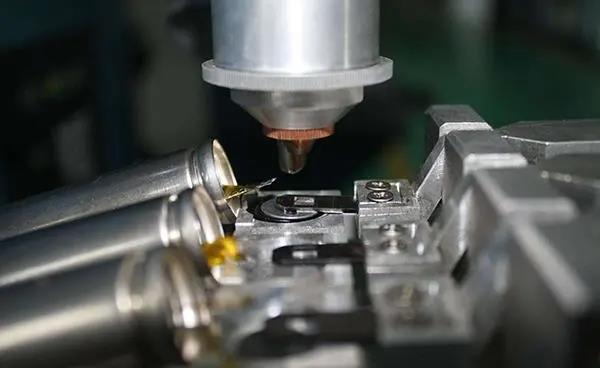 With the continuous improvement of laser power source, more importantly, semiconductor lasers and fiber transmission laser welding equipment have gradually developed fiber laser welding application scenarios, breaking the original technical bottleneck and opening up new market space. Fiber laser has a relatively small spot, which is not suitable for welding. However, manufacturers use the principle of galvanometer swing beam and technologies such as swing welding head to enable fiber laser to effectively realize welding.

Fiber laser welding of power batteries should be a relatively bright welding application demand in recent years, which has greatly promoted many new energy battery companies. Secondly, it should be the welding of auto parts and body. In China’s auto market, there are many old car companies, new car companies are constantly emerging, with nearly 100 car brands, and the application rate of fiber laser welding in car production is still very low. The second is the application of fiber laser welding in consumer electronics. Among them, the manufacturing of mobile phones and optical communication technology-related processes have a larger space.

It is also worth mentioning that the optical fiber transmission laser welding machine has already entered the heavy-duty stage. The demand for optical fiber laser welding machine dominated by 1000 to 2000 watt fiber lasers has exploded in the past two years, and the price has also fallen sharply. It can easily replace the traditional electric arc. Welding, low-efficiency spot welding and other processes. It is widely used in the welding of stainless steel pipes, aluminum alloys, sanitary ware, hardware factories, metal parts, and railings, doors and windows.

At present, there is a large demand for power from 1000 watts to 2000 watts, and it will dominate in fiber laser welding in the future. Welding of aluminum casings for power batteries, motor batteries, aerospace components, and automobile bodies accounts for a large part. Laser welding is gradually replacing traditional welding processes and becoming the new mainstream of the metal welding market.