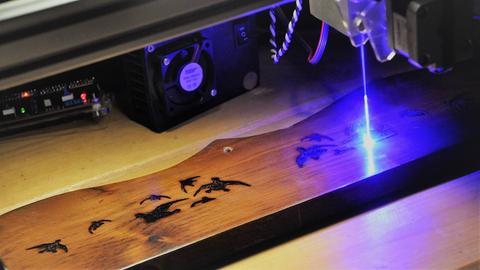 Next, let's talk about why the laser beam emitted by the 10,000-watt laser can cut ultra-thick plates.

The relationship between the cutting effect of different materials and the laser power:

The characteristics of bright surface cutting: smooth cutting surface, small cutting surface taper, fast cutting speed, suitable for cutting complex graphics, no corner burn, there is a limit power (when the laser power does not reach the limit power, the higher the power, the higher the cutting effect (cutting speed) The better, but once the limit cutting power is exceeded, it is meaningless to increase the laser power).